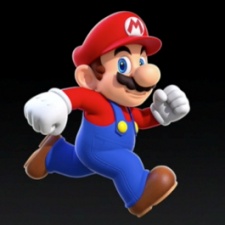 Mobile intelligence firm Sensor Tower provided the statistic, which would place the game in the top five highest grossing iOS games of all time based on first-month revenue.

With a price point of $9.99 and no ads in-game whatsoever, Sensor Tower is essentially predicting that around 7.1 million people will pay for the game. This is 14.2% of the estimated 50 million downloads that are converting to paid players.

Not to be sniffed at

This figure is less than half of the revenue Pokemon GO is estimated to have generated in its first month. It's also $36 million less than Clash Royale's estimated first month revenue.

50 million downloads in a month seems entirely reasonable and quite impressive. Sensor Tower arrived at the figure based on 20 million pre-registered players on the App Store, as well as Nintendo's marketing push for the game.

It is of course impossible to know how well Super Mario Run will perform until it actually launches on iOS on December 15th.