iOS the most popular platform for UK games developers in 2016 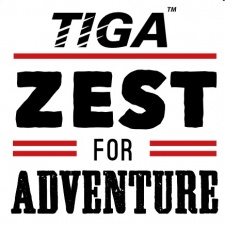 Apple’s iOS is the most popular platform for developers to release their games on in the UK.

A new genre report from industry trade body TIGA entitled Zest for Adventure has revealed the most used genres and platforms by UK games developers in 2016. The research covered 200 titles made by 147 studios in the country.

It showed that iOS was the most popular platform, followed by Windows PC, with 41% of all games released on the two platforms.

They were followed closely by Android, which 18% of all games were launched on.

Zest for action and arcade

Across platforms, action/adventure was the most popular go-to genre for developers, making up 24.5% of all games studied. Other popular genres were Arcade (15%) and strategy (12.5%).

When it comes to mobile however, arcade was by far the most used genre. This was followed by sports, RPG, puzzle and strategy titles.

“Firstly, UK developers have a zest for adventure: almost a quarter of all games examined in our report were action and adventure games. This points to the enduring popularity of the genre amongst consumers and developers.

“Secondly, the most popular platforms for UK studios in 2016 were iOS devices and Windows desktop, responsible for a combined 41% share of all game releases. These platforms are comparatively simple for developers to access and they provide an enormous consumer base.

“Thirdly, different genres bring different challenges and opportunities to games developers. For studios releasing casual games, there is the advantage of being able to reach a huge market but this is counter-balanced by the sheer volume of competition in this space.

"In the case of horror games there is significant scope for innovation and social gaming, but studios may need to have a wide mix of skillsets, including people with experience in film, entertainment, narrative and gameplay.

“Overall, our report Zest for Adventure shows that UK games developers are creating, producing and releasing games across a wide range of genres. This confirms the breadth of creativeness, imaginativeness and inventiveness within the sector.”

For further details and to obtain a copy of the report, visit the TIGA website.

Full disclosure: I wrote and conducted the research for the TIGA ‘Zest for Adventure’ report.

iOS the most popular platform for UK games developers