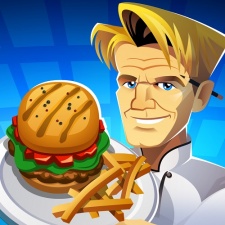 The title was released right at the end of June 2016, meaning that the title has reached that figure in just over 10 months.

A new 2.0 update has seen the game's name change from Gordon Ramsay Dash to Restaurant Dash with Gordon Ramsay.

The game has undergone something of an overhaul after that update, with its app icon, user interface and social aspects also getting a shake-up.

"We’re taking it to the next level with Restaurant Dash with Gordon Ramsay, expanding it to include a fantastic community of players. I can’t wait for existing and new players alike to check it out.”

Glu Mobile posted a positive financial report for Q1 FY17, with revenues of $56.8 million. It is also setting out a bold plan to double its UA spend in 2017.