Will AR prove to be a magical place for the beleaguered company? 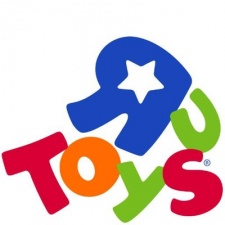 Childrens’ toys retailer Toys R Us has launched a new augmented reality mobile game as the struggling company looks to win back customers.

The firm has just filed for bankruptcy protection after mounting long-term debts of as much as $5 billion.

As part of its efforts to transform its stores, Toys R Us has partnered with UK developer PlayFusion, which has worked on Lightseekers, to develop its AR app.

Led by Toys R Us mascot Geoffery the Giraffe, the game sends kids on a quest throughout the store. As well as playing games, players have the chance of winning digital prizes, such as virtual dolls, by scanning stars throughout a store.

Play Chaser is currently being trialled across select stores in the US, and is expected to roll out to all Toys R Us locations in the country from October 21st.

The scheme is likely part of efforts, similar to companies such a Apple and Game, to turn their stores into more of an entertaining experience, rather than simply a shopping destination.