Digital community lets fans connect with singer and each other 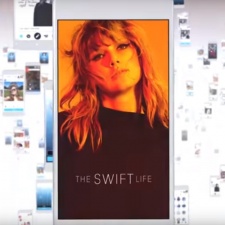 US developer Glu has partnered with Grammy Award-winning singer Taylor Swift on a new mobile title called The Swift Life.

The app is unlike the company’s previous partnerships with celebrities like Kim Kardashian and Nicki Minaj, which offered a more typical ‘gaming’ experience.

The Swift Life acts as a digital community for Taylor Swift fans to connect with one another, more akin to a social network. It also offers a place for them to directly keep up with the latest updates from the singer herself.

“The result is a deeply social environment where Taylor and her fans are able to better connect with one another while expressing themselves in an interactive community. We look forward to its worldwide launch later this year.”

It’s certainly a different strategy for Glu, which had seemed to pull back somewhat from celebrity deals as it focused on new hits Design Home and Covet Fashion.

The Swift Life is set to head into soft launch across limited territories with a full release planned by the end of 2017.