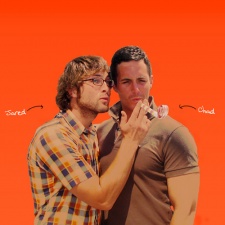 In the wake of a fake version of Cuphead making its way onto the iOS App Store, developer Studio MDHR has said that it has no plans to bring the game to mobile.

Speaking to our sister site PCGamesInsider.biz, studio co-founder Chad Moldenhauer said that he thought it was "odd" that the release wasn't caught by Apple but that instances like this will help the storefront crack down further on fake or scam games.

"We just woke up one day and saw news outlets picking it up and a lot of fans telling us that they had bought our game but it doesn't quite work well. It was an interesting moment," he said.

"It opened our eyes to show us how big the Cuphead IP is spreading around the games sphere. We just thought it was a little bit odd that it wasn't caught on Apple's end, but they took it down super fast.

"It doesn't sound like there was any big fuss from the people who got their money returned and so on. It's not something we're so mad about, but it's not a good thing when something like that can happen.

"If Cuphead was on mobile and was a slightly simpler game, it could have been stolen and put back up as something different. It didn't affect us as much because we're definitely a console and PC game, not mobile. We wish it didn't happen, but maybe things like this can help the shop keepers tighten up on their backend or processes a bit."

Why Cuphead won't work on mobile

Asked whether the studio had any plans to bring Cuphead to mobile, Moldenhauer said that a mobile game would need to be built from the ground-up, but says he'd "never say never" with regards to the plaform.

"We 100 per cent own the Cuphead IP, it's only on consoles and we're exclusive to Microsoft," he explained.

"If we wanted to, we could launch Cuphead on iOS tomorrow. But the game, as it is right now, would never work on mobile. If we do something in the future on mobile, it would have to be from the ground up and something totally different.

"That's not something we really have a tonne of plans for yet. We have six to eight styles of games that we want to make eventually and most of them don't work on mobile. But at the same time, I don't want to say never, as there might be something in there as we start to finalise plans and start to flesh things out."

You can read PCGamesInsider.biz's full interview with Moldenhauer about the making and success of Cuphead here.