"There is a huge appetite out there for traditional 2D animation" 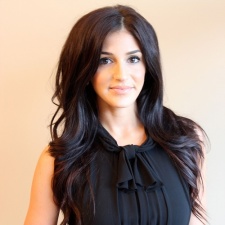 It's rare to find a truly unique and wholly original idea in any industry, never mind gaming. When classic cartoon run and gunner Cuphead was revealed at E3 2014 from Canadian indie developer Studio MDHR, there was an immediate light shone upon the game. The look, the style, and the idea were something never before seen in games before, and millions immediately wanted to find out more.

Fast forward more than six years on and Cuphead has gone on to become one of the biggest success stories of the last decade. From critical praise and enormous sales to Tesla and Netflix partnerships, the colourful container has the world at his feet right now, and it seems the studio has no intention of slowing down with big plans for not only their next "traditional animation" project but for Cuphead: The Delicious Last Course.

To find out more about the whirlwind last six years, alongside how a number of these partnerships came to light, we spoke with Studio MDHR chief operating officer and lead inking artist Maja Moldenhauer.

PocketGamer.biz: Can you start off by telling us about your role and your history with Studio MDHR?

Maja Moldenhauer: My name is Maja Moldenhauer, and I'm currently our team's chief operating officer and lead inking artist. Chad Moldenhauer – one of the studio's co-founders – is my husband, so I've been here since the beginning when he and his brother Jared were first dabbling with the idea of making a game together.

As other indie teams can attest, developing your first game is an "all-hands-on-deck" situation, with people often wearing many hats and taking on whatever role is necessary. While on maternity leave from my job in the financial sector in 2014, we were beginning to explore options for the inking process, in which the game's completed pencil drawings are inked by hand. I decided to take a crack at it and ended up loving it.

So much so, in fact, that I decided to leave my job and join the project full-time as its primary inker. Later in the game's development, I also took on production duties, helping to structure our process as we got closer to release.

Since the release of Cuphead in September 2017, can you try to sum up these past few years?

At the risk of giving a non-answer, it's really impossible to put into words. Like so many independent developers we admire, we only really had one big aspiration with Cuphead: to make a game that would do well enough to allow us to continue making games together. To see the way fans have embraced our animated adventure since release has been surreal, and the time since our original launch has been an absolute whirlwind.

Through Cuphead, we've had the chance to attend events all around the world and meet other developers whose work we love. We've been able to collaborate on partnerships we couldn't have dreamed of before launch, like bringing Cuphead to Super Smash. Bros Ultimate and working with Netflix on an animated show. And I think most of all, we've been humbled to see such a passionate, talented fan base grow around the game, who inspire us with their art and their stories about connecting to the world of the game.

How did the partnership with Netflix and The Cuphead Animated Show come about? When did discussions start to take place?

In the aftermath of Cuphead's release, we partnered with the wonderful King Features to help us navigate the world of merchandise and partnerships. They have a long history of representing some of the most storied cartoon characters such as Popeye and Betty Boop. They've really been instrumental in helping us understand that side of things, and they presented us with the opportunity to translate Cuphead into a TV show.

When they first approached us a couple of years ago now and asked us for our thoughts on a Netflix show, we thought they were pulling our leg.

To be honest, when they first approached us a couple of years ago now and asked us for our thoughts on a Netflix show, we thought they were pulling our leg. It's no secret that classic cartoons from Disney and Fleischer Studios and many others are a huge source of inspiration for the game, so the thought of bringing Cuphead back to the medium that inspired it was unbelievable.

We were really honoured to be working with a studio like Netflix Animation, and think fans as well as newcomers to the world of Cuphead will find a lot to love in The Cuphead Show!

Cuphead has now been brought to the majority of platforms, everything from Xbox to Nintendo Switch to PlayStation to Tesla. Should we expect the game to come to mobile?

We don't have any news or announcements about other platforms for Cuphead at the moment.

Have there been any discussions about porting the game to mobile and if so, what would that look like? Would it be the same game or a new/slimmed down experience?

While we don't have anything to share about new release platforms for Cuphead right now, people can always find updates from us via our social channels on Facebook and Twitter.

What are your thoughts on Project xCloud? With Cuphead able to run via the service, would that discount the chances of an official mobile version?

Like many developers and players, we're really excited about Project xCloud. Anything that offers people a chance to experience great games in new ways is a rising tide for the whole industry. In terms of the broader implications of Cuphead running on xCloud, we don't have anything specific to announce.

How did the partnership come about with Tesla?

That definitely falls under the umbrella of "things we couldn't imagine when we were developing the game." Tesla approached us as they were working on an update to their in-vehicle operating system which would expand on a dedicated section for games and entertainment. They were so helpful throughout the whole process and shared our commitment to ensuring Cuphead ran as smoothly on Tesla as it did on all our other platforms.

Most importantly of all, there was a huge focus on safety throughout, ensuring that players were only able to access and play Cuphead while vehicles were parked and charging.

What challenges (if any) did the studio face porting the game to the vehicle?

One of the unique things about bringing Cuphead to Tesla vehicles was that – unlike previous console platforms – Teslas are not purpose-built to play games. This means that the in-vehicle console that plays Cuphead also serves other critical functions related to driving.

One of the many things that the release of Cuphead taught us was that there is a huge appetite out there for traditional 2D animation.

As a result, we had to work closely with Tesla's engineering team to get a game built in Unity up and running, and playing as smoothly as it does on dedicated gaming hardware. We're very proud of the end result, though, and are so thankful to the team at Tesla for their dedication to ensuring that Cuphead on Tesla Arcade is a seamless experience.

Can you share any data about Cuphead on Nintendo Switch and sales across all platforms?

We're floored to be able to say that since release, Cuphead has sold over 6 million copies across all platforms. We're so grateful that the game has resonated with so many people, and allowed us to continue doing what we love as a team.

How is the studio coping under the current pandemic? Has this affected development in any way?

Since its inception, Studio MDHR has been a distributed team, with team members across Canada and the US. As a result, we've been very fortunate that our processes for communication, collaboration, and production haven't changed drastically in the face of this new climate. However, like so many others both within and outside of game development, Covid-19 has definitely changed the dynamics of a workday for our team.

Many of us at Studio MDHR are parents, who now have to contend with balancing our daily workload with at-home childcare. Even for those who do not have children, it's impossible for quarantine not to have an effect on your state of mind, and we've been deliberate about finding ways to further prioritise the mental wellbeing of our team.

All of this to say: we feel very lucky that core development has continued largely uninterrupted, but the pandemic definitely has required us to adjust new realities, and reconsider what it's possible to achieve in any given workday.

Can you confirm if Cuphead: The Delicious Last Course will still launch in 2020 and what platforms will it first launch?

Right now, the team is putting its full efforts into making The Delicious Last Course a fulfilling addition to the world of Cuphead. We don't have anything specific to share about a release window at this time, but we can confirm that it will launch simultaneously on all PC and console platforms where Cuphead is available.

What do the next couple of years and beyond look like for Studio MDHR?

Right now, we really are laser-focused on our work on The Delicious Last Course. With that said, one of the many things that the release of Cuphead taught us was that there is a huge appetite out there for traditional 2D animation. We knew during the game's development that this was something we loved, but honestly had no idea that it would resonate as strongly as it did with people.

Going forward, you can expect to see traditional animation and authentic techniques at the centre of a lot of what we do at Studio MDHR. Beyond that, we love to surprise and delight people with things they may not have been expecting at all, so you'll just have to wait and see!