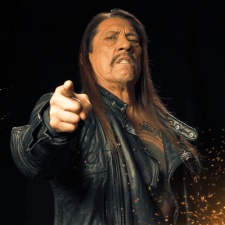 Game Insight has partnered with actor Danny Trejo to promote and launch a new in-game event for its mobile shooter Guns of Boom.

A Trejo Tournament has launched today that puts players in a free-for-all battle mode, rather than the game’s typical team-based scenario.

The actor is providing his likeness and voice acting to the title, which will feature during the special event. Trejo is also starring in ad spots and promotional videos for the game.

“Celebrity partnerships aren’t uncommon in mobile games, but it’s not something we would have ever considered unless we knew we could find the right partner for our brand,” said Game Insight CEO Anatoly Ropotov.

“With Danny Trejo, we’ve found a partner who’s not only a perfect match for Guns of Boom, but is someone who knows and loves the game. He’s an existing member of of the Guns of Boom community, making this the best possible opportunity we could have hoped for.”

Danny Trejo has starred in a number of TV shows and films, including Con Air, Desperado, Spy Kids and Machete.

Reply
John Soos
Your site has a lot of useful information for myself. I visit regularly. Hope to have more quality items.<a href=”https://gunsofboommodapk.com”>Guns of Boom Mod Apk Unlimited Money</a>