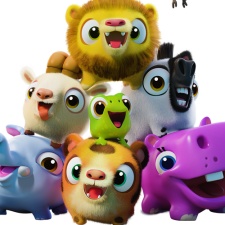 The title is described by the company as a new ‘mobile entertainment franchise’ which suggests that should it prove successful there are plans to extend the IP further.

In Animal Adventure, players are tasked with helping the game’s titular animals to restore their homelands as they complete match-three puzzles.

The game appears to take inspiration from Playrix’s Gardenscapes and Homescapes titles, which focus on narrative and decorating a home or garden.

Wild Things: Animal Adventure is set to come to Android and iOS in the near future. Pre-registration for the title opens today.

"Based on extremely positive feedback from consumer testing, we believe we have a one-of- a-kind entertainment franchise in the making, and we can’t wait to introduce Wild Things: Animal Adventure to the world later this year."

News of the brand new IP comes on a big day for Jam City as it releases the highly anticipated Harry Potter: Hogwarts Mystery.

The company has already had success with titles like the Panda Pop and Cookie Jam series’, and will be hoping it can expand on those successful franchises with its new array of titles.