Private sale to be followed by public sale 24 hours later 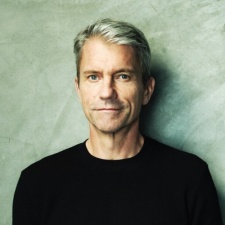 Jam City has revealed that it will release a limited run of 10,000 Prime Eternals NFTs in a 24-hour whitelist-only private sale.

The 10,000 "high-fidelity" NFTs function as a "founder’s pack" in Massina, the fantasy world setting for Champions: Ascension, and will never be minted again. Prime Eternals owners will be able to collect and create "unique" NFT Champions and battle other players for tokens which can be used in the growth of their Champions.

The firm first revealed its intent to jump into the blockchain and NFT space in December 2021, with Champions: Ascension serving as its entry point.

"This is one of the most meaningful projects I’ve been involved with," said Jam City co-founder and CEO Chris DeWolfe.

"The art and design of this game have been created by some of the most talented in the world. It’s a very ambitious project, as we’re one of the first major gaming companies to build a deep, rich, entertaining blockchain experience. The initial NFT drop is just a taste of the fun that we hope to deliver in this Champions Metaverse."

"For over 12 years, Jam City has become a leader by having a player-first ethos. This means our teams must have a relentless focus on engaging game design, beautiful art, rich narrative, fresh, fun and constant content updates, and a deep skill set when it comes to economy design. We will differentiate Champions: Ascension in the blockchain space by executing on these areas that place our players above everything else."

The sales will take place on the official Champions: Ascension website.

Elsewhere in the NFT space, Animoca Brands recently acquired mobile games developer Grease Monkey Games and will shift the studio’s focus to the development of NFT’s, play-to-earn, and blockchain gaming.