Looks like Xbox games could be coming to mobile 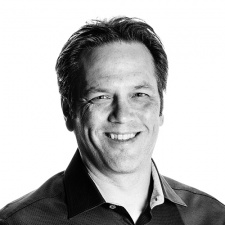 Microsoft is working on a game streaming service that will bring its Xbox console games to any device.

Speaking during Microsoft’s E3 2018 keynote, Xbox boss Phil Spencer said the console giant was “dedicated to perfecting your experience everywhere you play. On your Xbox, PC or your phone.”

No precise details were provided on exactly how the company’s cloud gaming plans will shape out or when it might launch.

Elsewhere during its E3 keynote Microsoft also made another mobile announcement: the Gears of War IP is coming to mobile.

It has signed a partnership with Funko Pop for a new game called Gears Pop. The title is set to launch on the App Store and Google Play in 2018. No gameplay details were provided.

Spencer closed the Xbox keynote by revealing Microsoft is at work on the next Xbox consoles.

Following a tough start to life for the Xbox One, Microsoft’s E3 conference was very much about setting the groundwork for the future. To that end, as well as the above mobile mentions it also announced key studio acquisitions to bolster its first-party games line-up.

Microsoft made a number of key announcements at E3, and you can check them all out on our sister-site PCGamesInsider.biz.