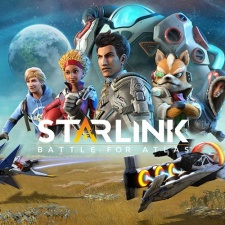 Ubisoft has nabbed the rights to use another popular Nintendo character with the inclusion of Star Fox leader Fox McCloud in its upcoming space shooter Starlink: Battle for Atlas.

Ubisoft Toronto’s Starlink is set to launch on Nintendo Switch, PS4 and Xbox One on October 16th 2018. Fox McCloud and his arwing will be exclusive to the Switch edition of the title.

Starlink is a toys-to-life game that has shades of No Man’s Sky to its presentation. Players are tasked with freeing the Atlas system from the evil Forgotten Legion.

Physical customisable ships are also available for players to purchase for the game. Users can then mix and match pilots, hulls, weapons and wings to build their own starship, which will be replicated in-game.

A physical Fox McCloud and Arwing set will be available for Nintendo Switch users and is included in the Starter Pack bundle. As well as being a playable character in the game’s main campaign, additional exclusive missions are also available on Switch.

P.S. Don't forget to type in "Do a barrel roll" in Google.

Toys-to-space: The making of Ubisoft's Starlink: Battle for Atlas