Crackdown on cross-platform play continues to rile up players 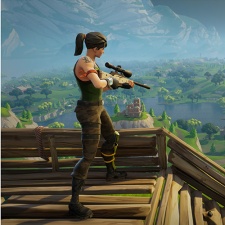 Both Xbox and Nintendo heads have expressed frustration with Sony’s position on account access for Fortnite cross-platform play.

Playstation’s week at E3 was marred by news that the new Nintendo Switch edition of Fortnite: Battle Royale wouldn’t feature cross-play with PS4 players after Sony blocked such functionality with rival consoles.

Worse, accounts that had ever been used on Playstation 4 would be unable to log in on the Nintendo Switch.

Xbox head Phil Spencer spoke of his disappointment over the issue in conversation with Giant Bomb.

A similar situation occurred in 2017 when the Playstation edition of Minecraft kept itself closed off from that game’s multi-platform ecosystem. The issue seems to have remained stuck in the same place a year on.

“If you bought your son an Xbox, and I bought my child a PlayStation, and the kids want to go play Fortnite. They all of a sudden go home and can't play with each other - it doesn't feel like it helps the consumers," said Spencer.

This sentiment was shared by Nintendo of America president Reggie Fils-aime in an interview with Polygon. He said that there wasn’t much the Japanese firm could do regarding the situation.

“In fairness, there are three different things going on,” said Fils-aime.

“You have companies like mine that encourage cross-play and enable cross-play. You have a developer and content owner that wants cross-play and is encouraging cross-play, and then you have the other platform holders and what it is that they do.

On the other hand, Sony saw share value drop, even after issuing a statement that told gamers that there were plenty players enough on Playstation, PC and mobile - so what does it matter if your friends are Switch players?

The statement did not directly answer complaints from players nor did it suggest Sony would be changing its stance.