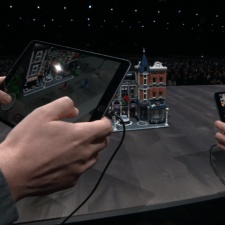 Unity has updated its plugin for ARKit developers with a suite of new tools and features.

ARKit 2 allows developers to create augmented reality experiences on iOS. The second iteration of the software was announced at WWDC last week and Apple worked closely with Unity to make the most of the engine’s new features.

ARWorldMap, one of the new features, allows for persistent AR objects across devices, enabling persistent multiplayer. Another tool allows the scanning of real world objects into software and lets developers share the scanned files online.

Other features include improved face and eye tracking, and the ability to create a reflection map of the real-world space.

A full list of improvements can be found on the Unity blog here.