McLaren expands its esports program to include mobile racing games 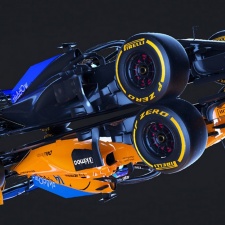 The McLaren Shadow Project is a scheme that shadows the company’s real-world racing endeavours. The overall winner of the project earns a place on McLaren’s esports team, access to a development programme, and “an enviable stash of goodies”.

This year, the project is expanding to include mobile title Real Racing 3 and the Xbox racer Forza Motorsport. This is outside of the project’s usual playground of simulationist pieces of software like iRacing.

McLaren claimed that the expansion is due to a desire to expand the programme’s scope. Knowledge of games isn’t vital, it said - 2018 finalist Henrik Drue, a Danish surgeon, had never touched a PC or console racing title before the contest.

“This is unique to the racing genre. We believe that esports and real-world racing have much to learn and give to each other and last year’s competition was just the start.”

“We are looking for the most talented virtual racers from all countries and backgrounds. To make this possible we have partnered with the biggest racing game brands in the world - Real Racing 3 on mobile, Forza Motorsport on Xbox, PC racing sims iRacing and rFactor 2."

McLaren Racing CEO Zak Brown added: “A strong, diverse esports programme has a direct benefit to McLaren’s innovative ambitions, bringing in new audiences, partners and talent to motorsport. By ramping up over multiple platforms across the online world, it will establish McLaren as an important brand in the motorsport esports community.”

Qualification is open to anyone over the age of 18. The McLaren Shadow Project finals will take place in January 2019.