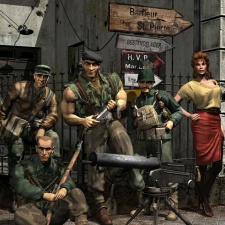 Kalypso Media has acquired the rights to the Commandos series of WW2 real-time strategy games.

Kalypso bought the IP from developer Pyro Studios, and stated that it plans on developing "completely new games for all platforms."

The publisher mentions “an extensive adaptation of the existing titles for contemporary technologies and platforms,” which likely means remakes and/or remasters of the older titles.

The acquisition sees the Tropico publisher acquire Pyro Studios’ Praetorian and Imperial Glory franchises, neither of which have been published since the mid-2000s.