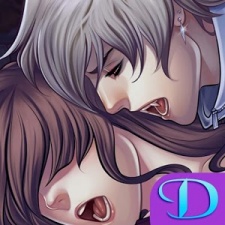 Ubisoft CEO Yves Guillemot said the company was buoyed by a solid performance led by back-catalogue growth and strong momentum for digital.

Ubisoft’s slate of mobile titles contributed eight per cent to the total, which is a flat contribution from the year prior. Though given sales overall are up, so will mobile’s total revenue.

Nintendo Switch titles made up five per cent, as opposed to the one per cent last year.

In its financials report Ubisoft also confirmed that Is It Love? Mystery Spell Nicole would be released for iOS and Android between July and September.

The interactive fiction game comes from 1492 Studio, which Ubisoft acquired back in March of this year.

The French outfit specialises in creating interactive fiction games on mobile and is best known for its Is It Love? series, where players make decisions that have an impact on the story arc.

“We had a record first quarter, which exceeded our expectations,” said Guillemot.

“This performance was fuelled by steady growth for our back catalogue and an excellent momentum for PRI, once again confirming the increasingly recurring profile of our business and the ever-greater success of our digital transformation.”

Ubisoft mobile bookings soar 77.6 per cent over the first three quarters of the publisher’s FY2019