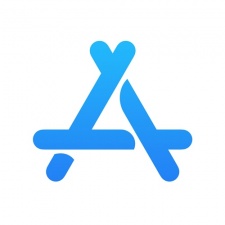 A number of mobile app websites are facing a loss in revenue with the news that Apple is ending its App Store affiliate programme.

In a newsletter the company said it would be removing apps from the scheme and starting from October 1st 2018 all commissions for iOS and Mac apps and in-app content will be removed.

Other content types however, such as music, moves, books and TV, will remain in the affiliate programme.

Publicly, Apple cited the launch of the new App Store on both iOS and macOS and their “increased methods of app discovery” as the reason for ending the scheme on the App Store.

The affiliate programme worked by enabling websites and other media channels to leave affiliate links to apps, through which they could earn a cut of a sale. This share, which comes out of Apple’s pocket, was dropped from seven per cent to 2.5 per cent last year.

The news comes as Apple announced it generated $53.3 billion in revenue and had a net profit of $11.5 billion during the three months ending June 30th 2018

It’s bad news for sites that generate a significant portion of their revenue from the affiliate programme. Pocket Gamer itself brings in a small amount of revenue from App Store links, though it also has other avenues for making money.

The editor-in-chief of one of the leading mobile games websites TouchArcade, Eli Hodapp, posted his reaction to the news and stated that it “genuinely feels like Apple does not want us to exist anymore”.

The site is supported by the affiliate programme, alongside its Patreon.

“I don’t know how the takeaway from this move can be seen as anything other than Apple extending a massive middle finger to sites like TouchArcade, AppShopper, and many others who have spent the last decade evangelising the App Store and iOS gaming,” said Hodapp.

A bad day for discoverability?

As the App Store has grown, many marketers have shifted their marketing strategies to large user acquisition campaigns through the likes of Facebook, Google and various ad networks.

Apple itself launched Search Ads in 2016, where it makes money by letting developers and publishers buy up keywords. This can result in unrelated titles to a search term, particularly of a game name, unless those companies pay to put themselves at the top of the rankings.

Last year’s App Store redesign positioned recommendations from Apple’s own editorial team front and centre through ‘game of the day’ and developer profiles.

The move to cut the affiliate programme could result in fewer sites that offer impartial views on mobile gaming and the industry at large. Few sites effectively cover the mobile games sector as it is.

For what it’s worth, we have reached out to Apple for comment on the matter, but it is rare for the company to provide a statement.

Update: An Apple spokesperson said it has no further comment on the matter.