US Librarian spends $89,000 of public money on Game of War 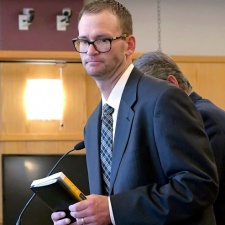 US librarian Adam Winger has been charged with embezzling $89,000 to spend on mobile gaming.

The Utah librarian retired from his position for unknown reasons last year. Now, Winger has been charged guilty for spending public funds on purchases in Machine Zone’s Game of War.

The news comes thanks to regional outlet The Herald Journal (though tough luck if you’re trying to access the site from within the EU).

According to the site, investigators discovered that Winger had bought hundreds of gift cards across multiple stores to spend on Game of War.

He resigned after being placed on three-month suspension last year after North Logan City Library uncovered his spending. As a part of his duties, Winger was given access to city-funded credit cards and Amazon accounts to purchase stock but instead used them to purchase Amazon Coins.

The librarian falsified invoices and forged documentation to cover his tracks.

Winger pleaded guilty to theft and forgery in June. This week saw the librarian sentenced to 30 days in jail and 100 hours community service, alongside a $78,000 restitution payment as part of a plea deal.

Winger’s attorney, Herm Olsen, stated that the payment may have cost more than just a lump sum of money. The librarian reportedly sold his home and emptied a retirement fund to pay the court in a “herculean” effort.