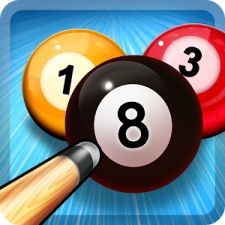 Miniclip's online billiards title 8 Ball Pool has racked up over $400 million in revenue since launching back in 2013.

That comes from Sensor Tower, which estimates that 8 Ball Pool grossed more than $20 million in the last quarter alone.

The billiards game is currently sitting north of 460 million concerning lifetime installs. Vastly popular in the US, the region has contributed 80 million downloads and more than $210 million of revenue.

The UK is the game's second most popular region and accounts for 12 per cent of player spending at close to $50 million.

Sensor Tower also reports that 8 Ball Pool was ranked 119th for worldwide revenue among all mobile games in August and 70th in the US.

The billiards game enjoyed its best month for global revenue in January 2017 when it grossed more than $17 million across the App Store and Google Play.

Despite the company initially making its name in the browser space where it picked up tens of millions of users, Miniclip has enjoyed a lucrative jump to mobile over the last few years. Miniclip CEO Rob Small filled us in how they managed it, delving into all from 8 Ball Pool to Agar.io.