We speak with the CEO and how it got there, and where the next billion will come from 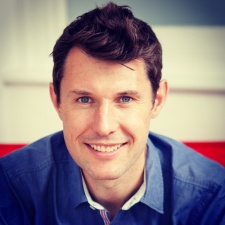 Originally making its name in the browser space where it picked up tens of millions of users, Miniclip has successfully made the jump to mobile over the last few years.

Though its website, Miniclip.com, remains a significant part of its business, mobile has made a big impact on the company and combined with browser to give the publisher an audience of almost 200 million monthly active users.

What’s just as impressive is that the company has now surpassed more than one billion downloads across its mobile games.

Such as been its growth in this market, that 350 million of these downloads came during the past 12 months.

Its biggest hit though is 8 Ball Pool, which has garnered 302 million downloads. Not bad for a game first launched in 2010.

“The game’s success continues to amaze us - at its core it has a simple, universally-known game mechanic, but there is also a huge amount of depth and variation that keeps players engaged and passionate for Pool.”

Not just a one-hit wonder, then, Miniclip has had successes across its portfolio of titles. One of its most recent big hits is Agar.io, which went viral last year.

The game launched without any real monetisation on browser and mobile, helping it amass 113 million downloads on mobile. A number one app upon release, it was even the top-trending game on Google Search in 2015, which Small says in a testament to its popularity on YouTube. And it’s still going strong.

“It’s still played by around 30 million people every month, so it continues to be one of our most-played games,” says Small.

“We have some new and exciting features coming to the game in the next few weeks.”

The fact that it started with no monetisation is not a problem for Miniclip, says Small, as he claims the company’s number one key performance indicator is audience growth, which the team is “careful not to sacrifice for aggressive monetisation”.

“Many people don’t know that 8 Ball Pool also started as a completely free game that had IAPs retrofitted – so yes we will do this again in the future,” says Small.

Miniclip appears to have been able to stay relevant in the evolving and fierecely competitive mobile market, while also retaining users in the declining browser space. Its success in offering free experiences and then monetising those titles later is likely why Chinese internet giant Tencent forked out for a majority stake in the company in 2015.

Small admits the competition in mobile is becoming tougher, but says this is great news for players, who now have a huge choice of mobile games.

One positive outcome from the increased level of competition is that companies are being forced to innovate more.

“…but it definitely makes life tougher for developers,” he states.

“One positive outcome from the increased level of competition is that companies are being forced to innovate more. Look at Pokemon GO, for example, or consider that the concept of free-to-play was completely alien only a few years ago.

“It’s great for us, too, to be part of something that moves so quickly and to hopefully be able to shape a part of the future of the industry through our own games. It’s a challenge we’ve been able to meet so far and I’m confident that we are very well placed to continue our success in the future.”

Miniclip is in somewhat of a unique position in the mobile and browser space, which has helped it drive up those impressive download numbers. It’s able to use the playerbase it has built up over the years to promote its new games. But the company isn’t immune to taking on more expensive marketing campaigns either.

“We make sure that our players of those games know all about the release, and through this we’re able to build up a huge organic buzz around it,” he says.

“Parallel to this, we work with all big ad platforms such as Facebook and Google in running targeted user acquisition campaigns across our key markets.”

The latest game in Miniclip’s portfolio is Archery King. Small is confident the title can rack up the downloads like its other titles, particularly as it’s able to promote the game to the audience of its other multiplayer sports titles like 8 Ball Pool and Soccer Stars – which have nearly 360 million downloads between them.

In fact, as Small notes, the game already shot to number one on the UK and US download charts upon release, and the early signs remain positive.

“We’ve released some hugely popular sports games in the last few years and the early signs are extremely positive to suggest that Archery King will continue that trend,” says Small.

“Like many of our games, it’s very easy to pick up and play, but the fact that it’s real-time multiplayer means that you’re constantly being challenged as you strive to be the best in the world.”

For all its past success in accruing downloads first and monetising later, where does Small see the next billion downloads coming from?

For starters, the company is getting in on the PC and console markets in 2017 with its new motocross racing title, MX Nitro.

But having admitted competition is getting fiercer all the time in mobile, it’ll be no easy task to replicate one billion downloads. Smalll says the last year has seen surprises, not least of which was Agar.io. While the team knew the title would be popular, “just how popular it became really blew us away”, so more surprises could await in the future.

Miniclip is working on its next slate of titles, but Small says its existing portfolio shouldn’t be counted out in the future, and will likely play a significant part in the next billion downloads for the company.

“Look at 8 Ball Pool - the game recently celebrated its fifth birthday on mobile, and it’s as popular among players as it has ever been,” he says.

“As we continue to add new features and modes to games like Pool, we hope that it will not only engage and excite our existing players, but also open them up to a whole new audience, too.”