Happy or unhappy with the state of the country? Then you need to vote 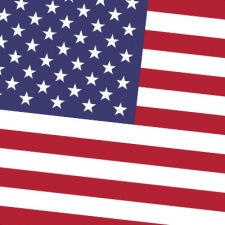 Harry Potter: Hogwarts Mystery developer Jam City has partnered with nonpartisan and not-for-profit organisation When We All Vote to get eligible US voters mobilised for the incoming midterm elections.

A lot is on the line for both Democrats and Republicans. The former is expected by numerous polls to make sweeping gains and potentially overthrow the congressional dominance the latter party currently has over both houses.

Such a change in the makeup of the Senate and/or House of Representatives could have a serious impact on President Donald Trump’s political agenda for the next two years - the remaining time left for his current presidential term.

Starting today and running until October 5th, Jam City will serve ads in a selection of its games to remind people to register for and vote in the midterm elections on November 6th, for whatever party they favour.

“With this partnership, it’s also a platform for action and involvement. Jam City has a unique opportunity to serve the millions of people that play our games each day on their mobile device, by connecting them with vital voter registration resources.

"We’re excited to partner with this esteemed organization and ‘mobilise’ the mobile games audience to make their voice heard in the midterm elections.”

When We All Vote CEO Kyle Lierman added: “We want to make sure that every eligible voter casts their ballot and makes their voice heard.

“Partnering with Jam City allows us to engage with a larger audience through a medium we’ve never used before - mobile gaming. When we stay home, nothing changes. But when we all vote, we all do better.”