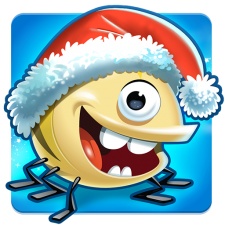 Best Fiends developer Seriously had its biggest year yet in 2018 as revenue grew 65 per cent year-on-year to $69 million in 2018.

Total gross revenue to date for the Best Fiends franchise now stands at $175 million. Seriously CEO Andrew Stalbow said it continues to operate at the highest run-rate it’s ever had. He also claimed the company had a profitable 2018 but did not specify figures.

He put the company's growth growth down to a focus on live operations during the year to add more events, levels, challenges and characters to its original Best Fiends game. He also highlighted the team's marketing efforts, which include animation shorts that have racked up a combined 20 million-plus views.

“What’s special about our approach is that because of the direct connection with the audience, we get to tie our animations into in-game events and back into our marketing, which creates a thoughtful Best Fiends experience,” said Seriously CEO Andrew Stalbow.

He added: “Seriously has always strived to differentiate itself by developing intellectual properties at the same quality level as an Illumination, a Pixar or a Netflix. In a world of unlimited entertainment choices, it’s the brands that cut through.”

Seriously is nominated for Best Marketing Team at the Pocket Gamer Mobile Games Awards in association with Game Insight. The event takes place on January 22nd. Tickets are still available.