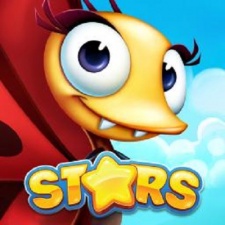 The match-three title is the newest iteration in the Best Fiend catalogue, with the studio confirming that the franchise has now crossed over $285 million in lifetime gross revenue.

This is Seriously's first launch since the studio was acquired by Playtika.

As part of the launch, the Finnish developer has teamed with several influencers to help promote the game, such as David Dobrik, RoseEllenDix, and Joey Graceffa.

Seriously has also partnered with One Tree Planted, a non-profit organisation focused on global reforestation.

“We’ve only just started with Best Fiends and are building out something that can last for decades. This launch marks an important milestone as we continue to expand the Best Fiends universe.”

Seriously co-founder and chief creative officer Petri Järvilehto added: “When designing Best Fiends Stars, we wanted to introduce a new style of casual gameplay and also incorporate all new characters and story from the world of Best Fiends that our fans have grown to love.”