But there's still a lot of work to be done 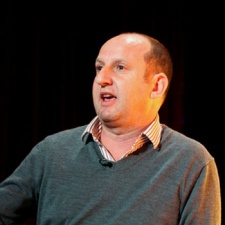 And, of course, the end of year report from CEO Andrew Stalbow was nothing if not positive.

Check the data and read around the lines, however, and it’s clear that while Seriously certainly can be labelled a successful mobile games developer - and one likely to be more successful in future - this isn’t a simple fairy story of plugging a great game into the App Store and sitting back to count the money.

Perhaps it’s even a cautionary tale.

For, if it’s taken a highly experienced and well-funded team ($28 million in VC cash to-date) this much work to get to this stage, what does it say about the state of the mobile games market for everyone else?

But let’s not get too deep too soon. Let’s start at the beginning…

Once upon a time, not so long ago, back in 2013 when Peter Vesterbacka was talking about Rovio being the next Disney, a bunch of Rovio executives decided to leave and set up their own company.

Headed by CEO Andrew Stalbow and CCO Petri Järvile­hto, their end goal wasn’t to set up a successful mobile games company. Then, as now, their mission was to create “amazing mobile experiences” - a subtle but significant difference.

Mobile games - and one title - have been the focus of Seriously’s operations, though. Released in October 2014, match-three puzzler Best Fiends, set in a world called Minutia, and populated by hero insects (the fiends) and evil slugs, remains the foundation on which the company is being built.

And the process it’s taken to get there has also proven to be demonstrative of how differently Seriously thinks about its future and the route to get there compared to most mobile developers.

“When we started out we had a small marketing budget of $200,000 so we spoke to a lot of CMOs in other mobile companies to ask them what was working best in terms of marketing,” Stalbow recalls.

The result has been been a series of groundbreaking campaigns with YouTubers influencers, often organised around charity initiatives and timed to coincide with game updates.

But even Seriously’s regular advertising shows incredible attention to detail, as recognised when its 2016 ad 'Don't Download Best Fiends' was voted one of YouTube’s best of the year.

Stalbow bridles at the accusation Seriously is a marketing-first company, however.

“We’re not marketing-driven. We’re a creativity-driven brand company,” he explains.

The differentiation is worth repeating because, as Seriously’s non-traditional marketing focus demonstrated, its approach has always been about finding its own way for its particular vision.

This is not your typical lifetime value versus UA arbitrage company.

“This is not your typical lifetime value versus UA arbitrage company,” Stalbow says, trashing pretty much every other mobile app developers’ operational raison d’etre.

“We’re not investing in Facebook marketing to get another download. We’re investing in IP for the long-term, for 20 or 30 years.”

It’s this attitude which has shaped Seriously’s approach to taking Best Fiends beyond a game. It was early into merchandising with a Kidrobot deal, and has been heavily involved in animated shorts (12 millions view to-date) and with over 500 characters created also has a TV series in development.

Ironically, Vesterabacka’s old ‘Rovio as the new Disney’ has found some sort of fulfillment in Seriously as the “Pixar of Mobile”.

Yet, despite this strong vision, Seriously’s trajectory hasn’t been straightforward, rising from the bottom left of the graph to the top right so to speak.

Most notable in this regard is the failure, relative or otherwise, of its second game, Best Fiends Forever.

Launched in two years after Best Fiends in October 2016, the clicker did well initially gaining 10 million downloads, but partly because of its ultra casual gameplay, and partly because of the decreasingly virality of the app ecosystem, failed to gain sustain any performance in the top grossing charts.

Indeed, compared to Best Fiends’ performance on the US top grossing Google Play chart (chosen because it’s less volatile than the equivalent App Store chart, not because the performance before the two is different), Best Fiends Forever has been a commercial flop.

Not quite so apparent in graphical form is how hard and long Seriously has had to work to grow its business to its current level.

Seriously was late to the mobile games market but right on time for the new golden age of IP.

Some idea can be gauged from its peak daily revenues, as revealed during 2015, when Best Fiends was a top 100 top grossing game in the US. In January 2015, it was self-reported Seriously was making around $50,000 a day, a number which increased to a peak of $87,000 one day in April, rising again to an average of over $100,000 daily through December ($3 million for the month).

Clearly, these figures are rough and not verified to any accounting standard but they do provide an idea of the relative ease of operating in the App Store in 2015 and the company’s subsequent trajectory.

Combined with more accurate quarterly numbers for 2017 and it becomes apparent that during the first half of 2017, Best Fiends’ sustained daily revenue rate was similar to its peak daily rate back in late 2015.

In other words, it’s taken two years of focusing on live operations, retention, monetisation optimisation and brilliant marketing for Seriously to convert its best ever daily performance into its sustained, standard daily performance.

Similarly, the 65-strong company’s ability to be cashflow positive on annual income of over $40 million is positive and negative depending on how you view it (and obviously somewhat dependent on exactly how much it’s spending on marketing).

If it takes $100 million to become cashflow profitable that also says a lot about how the very top companies are taking the lion’s share of profits.

In that context, $100 million of lifetime revenues seems like a big number but if it takes $100 million (and a $28 million investment to start) to become cashflow profitable that also says a lot about how the very top companies are taking the lion’s share of profits in the $40 billion global mobile games market.

But let’s not get too bogged down in wider concerns. When you’re attempting to build an entertainment company that will be around for 20 or 30 years, such issues, while relevant for others to consider, are perhaps less significant for you.

This is particularly the case as Seriously prepares for the launch of its third game set in the Best Fiends universe. Currently in soft launch testing, Best Fiends Rivals brings a more competitive PVP edge to the match-three gameplay and hence offers the opportunity to mirror Best Fiends’ rather than Best Fiends Forever’s performance.

And bubbling away in the background is the company’s second IP, which has the potential to take Seriously beyond Minutia and one step closer to proving Stalbow’s assertion that despite it entering the mobile games market late, it’s right on time when it comes to this new golden age for entertainment IP creation.

In other words, for Seriously the hard work starts now.