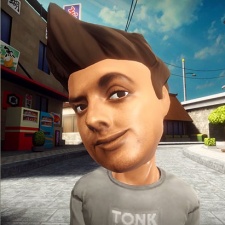 The company will use the funds to establish a new HQ in Austin, Texas and scale the team as it gets to work on a competitive fighting title called uFighter on mobile.

The bulk of the capital invested came from BITKGRAFT esports ventures with the Modern Times Group joining.

Still in development, Tonk Tonk Games’ uFighter sees players’ faces digitised onto their avatar. Then using said avatar, players compete in real-time multiplayer battles with friends or foes from around the globe.

The game will feature clan battles, social-play and a spectator mode. uFighter has been in development since 2016 and will release for mobile devices sometime in the future.

"Our vision is to give players delightful social experiences via networked play. Through financial backing and strategic partnerships, we will be able to attract top talent to our evolving team and craft an ambitious version of our first accessible mobile fighting game - uFighter."