First purchase was made in 2017 with Warlords of Aternum 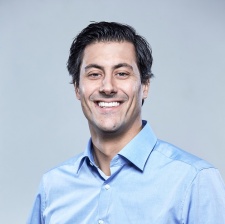 German-based developer Innogames has revealed that it is looking to acquire mobile games as the firm looks to bolster its portfolio.

Developers of free-to-play mobiles games within the strategy and simulation genre that run through Unity are encouraged to reach out to InnoGames via email or by arranging a meeting at this year’s GDC event in San Francisco.

The first acquisition by the company was made in 2017, when InnoGames purchased Warlords of Aternum from Wooga.

The studio has several games in production with seven currently live, including Forge of Empires and Tribal Wars, however, it is now looking to expand further.

“Based on this successful integration, we decided to expand on the strategy.”

InnoGames boosted its mobile revenue by 37 per cent in 2018 as it claimed record overall sales for the year.

Catch up with all the latest news coming out of this year’s GDC right here.