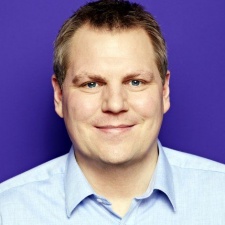 The acquisition is part of Playtika’s plans to expand further into the casual games space. Previously, the Israel-based firm picked up Jelly Button Games in October 2017.

A deal for Wooga means that half of Playtika’s portfolio is now made up of casual titles.

The publisher said it plans to help accelerate Wooga’s growth. The German studio is most famous for titles such as Pearl’s Peril and June’s Journey. It currently employs 180 staff with a focus on story-driven casual games in the puzzle and hidden object genres.

Wooga has previously admitted itself that it has had a ‘tough two years’. Following layoffs and restructuring to focus on certain genres, the company returned to profitability in 2017.

“We see great opportunities for Playtika in the casual games genre and our acquisition of Wooga firmly positions us for this next phase of our evolution,” said Playtika CEO Robert Antokol.

“Together we’ll bring audiences worldwide a whole new level of game experiences that never cease to captivate and amaze. The Wooga team is driven and passionate, has strong leadership and we’re thrilled to have them join the Playtika family.”

Begemann added: “This is an amazing day for Wooga. Becoming part of Playtika is opening the next chapter in the history of our company.

“It is a very natural fit for both parties: we have the expertise in creating and launching story-driven casual games, Playtika has the technologies to help us scale and reach new audiences to continue our growth.”

Playtika itself as acquired by a Chinese consortium in 2016 for some $4.4 billion. The group outbid a rival offer of $4.3 billion from South Korean publisher Netmarble.

At the start of the year Playtika opened up a $400 million warchest to invest in companies around the world.