Comes a month after Wooga deal 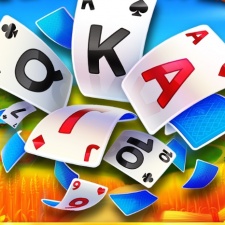 The studio is behind the mobile title Solitaire Grand Harvest, described as the classic card game but with a twist.

According to App Annie data, the app has peaked in the top 100 grossing game rankings in both the UK and US in recent weeks.

Playtika hopes to turn the title into the “number one solitaire game in the market”. It’ll face stiff competition from Zynga, which purchased Harpan Solitaire for $42.5 million back in 2017.

The acquisition is the latest by Playtika, which recently acquired Pearl’s Peril dev Wooga and in 2017 bought Israel-based Jelly Button Games as part of plans to increase its casual games portfolio.

“The success of Solitaire Grand Harvest gave us the opportunity and flexibility to select our ideal partner to grow the game even further and we are thrilled to have chosen Playtika,” said Supertreat CEO Christian Baumgartner.

“They’ve proven multiple times that they know how to scale a game post-acquisition and we expect to see similar success for Solitaire Grand Harvest.”