Studio Director Philip Bang on the project so far 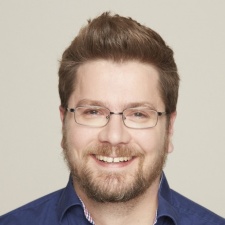 One of the most intriguing deals of 2017 so far has been InnoGames' acquisition of turn-based strategy title Warlords from Wooga.

But the game and its team both fell victim to Wooga's cuts and restructuring in October 2016, as the Berlin firm refocused on casual mobile games.

But with InnoGames now at the helm, Warlords will get a fighting chance to succeed away from these unfortunate circumstances, as the Hamburg-based studio gears up for a full-scale relaunch.

The Forge of Empires developer built a full 20-person game team in February to take on the Warlords project, including two new hires.

One of said hires, incoming Studio Director Philip Bang, had previously worked on Warlords at Wooga.

“Taking over a game from a different team is a challenge, but it becomes even more challenging when it's another company,” Bang tells PocketGamer.biz.

“This is why it's important that I was at Wooga. If I hadn't been there from the very beginning of the project, a lot of things would have been harder.”

If I hadn't been there from the very beginning, a lot of things would have been harder.

Indeed, that transition has been a complex process for InnoGames. Since February, the team has taken over all the game's communication channels, set up new forums and implemented its own backend tech.

This culminated on July 4th with the moving of existing players over to InnoGames' own version of the app, which - for the sake of stability - is the same, content-wise.

But Bang and his team have been making strides behind the scenes to establish a roadmap for Warlords' evolution.

“The Wooga team built a wonderful foundation and a wonderful house, but inside the house is not complete,” he explains. “The villa is there, but we have to finish that villa.

“The KPIs look very impressive, because the team did a great job of making those first seven days, first 30 days really enjoyable. After that, Wooga decided to stop developing.

“But there's a great foundation to add features and make this game an enjoyable journey for the player for years, and that's what makes it such a good fit for InnoGames.”

These additions will include a new male pike regiment to broaden the tactical options on offer. On the PvP side, InnoGames is also tackling a flaw in the existing system that means focusing on just one or two unit types often proves the most effective approach.

InnoGames is setting out not only to encourage that players use a broader range of units, but also to rebalance the levelling system so that the ceiling is higher and the margin between levels isn't so wide.

The intended dynamic, Bang explains is a game that relies on “skill within a bracket, like Clash Royale”.

This means that the player with the stronger army will naturally have the upper hand, but “if two people have the same strength in their armies, then skill should decide.”

But on a surface level, the biggest news is that Warlords won't be called Warlords for much longer, as InnoGames looks to put its own stamp on the game. The new name has yet to be revealed.

But for Bang, who's seen the game under the stewardship of Wooga and InnoGames, the vision is largely unaltered.

“This is exactly the roadmap we had for the game at Wooga,” he says.

“The continuity is there. It's not that we took Wooga Warlords and turned the game 180 degrees; we are basically following the same path, because the path made sense.”

We understand why Wooga decided that Warlords was not their focus, but they care for the game.

And while Wooga was unable to walk that path with Warlords itself, it's played a surprisingly supportive role in ensuring that InnoGames can finish what it started.

“The cooperation with Wooga is fantastic,” enthuses Bang. “We have a shared mindset, where we understand why Wooga, for strategic reasons, decided that Warlords was not their focus anymore, but they care for the game.

“It wasn't just a business case. It's not that Wooga wants to sell something, and once they've sold it they don't care anymore. They want to have it in good hands.

“We had a Slack channel open where we could always ask questions, they were always replying, they were really helping us… it was a challenge, and it wouldn't have been possible without Wooga.”

Further encouragement has come from the Warlords community, which has remained active despite everything behind the scenes and the resulting lack of content updates.

“If you look at the forums now, there are really passionate players sharing their best strategies for battlefields, or their favourite battlefield compositions,” says Bang.

“We are really happy to see how active our community is, and we are really confident that a lot of the changes we are bringing are answering the concerns that we see and feel in the forum.”

And for those players who may not have even been aware of the behind-the-scenes machinations since Warlords' original launch, the transition has been fully explained in the new app along with “a nice amount of Diamonds as a welcome gift from InnoGames".

Regardless of the results, the smoothness with which Wooga and InnoGames have carried out such a complex business and technical transaction is impressive.

“Of course there's always a risk,” Bang concludes. “It's possible that it all doesn't work out, but I think we've done everything to prevent it.”