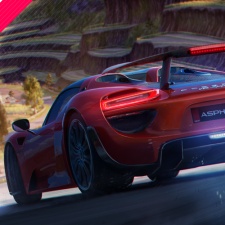 The mobile racing franchise has partnered with ESL and gaming phone Black Shark for the first edition of the tournament. Gameloft has also teamed up with Porsche as the official car brand.

Players from the nine countries will compete in the Asphalt tournaments, with the winners from every country competing to win the $22,325.00 (€20,000) prize fund.

The first qualification rounds will begin on May 20th. The grand final will be held at Gamescom in Berlin, Germany.

“Esports coming to mobile is a natural evolution of the industry and a testament to how important mobile gaming has become,” said Gameloft VP of marketing and communications Damien Marchi.

“Aligned with Gameloft’s philosophy to provide the best gaming experiences to all players, we want to offer everyone a chance to play on stage at one of the world’s biggest events in the gaming industry.

“With this first “Asphalt esports Series”, we push the competition further by combining the best mobile gaming device with Black Shark and the benchmark for mobile racing games with Asphalt 9: Legends.”