Apple Arcade gets Xbox One and PlayStation 4 controller support 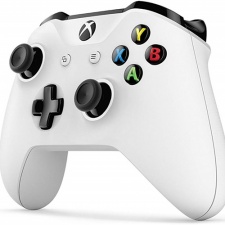 The news was revealed at Apple’s Worldwide Developers Conference (WWDC). Support for the Xbox and PlayStation controllers is significant and opens up Apple Arcade to games more suited to a gamepad than a touchscreen.

It also opens up to support to controllers a core gaming audience is more likely to have, rather than other lesser known third-party gamepads.

Apple Arcade - which has yet to reveal pricing - is expected to launch later this year.

No further details surrounding the controller support for Apple Arcade were provided at the time of writing. We’ll update this story if more information is released during the conference.