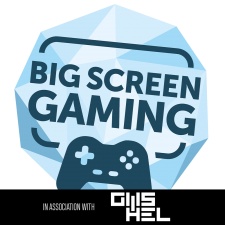 The full day of seminars and panels will run throughout the first day of Pocket Gamer Connects, with 18 sessions dedicated to the hottest topics in the non-mobile gaming space.

Mobile games will always be our first love, but we enjoy games of all flavours - and know that many of you do too! Big Screen Gaming will be an excellent opportunity for developers to explore potential crossover and multiplatform releases to maximise core investments in design and development by reaching a wider audience.

Expect talks and panels covering the production of AAA games, the future of HTML 5 and narrative design.

Games Helsinki is a one-day mini-conference that was held for the first time earlier this year. It’s an intimate event with talks by big names from the Finnish game dev scene, an experience that we’ll replicate as part of our sixth outing to Finland’s capital city.

Founder Ari Arnbjörnsson and co-organizer Eevi Korhonen will add some of Games Helsinki’s PC and console magic to Connects 2019. Other speakers include

We’ll reveal more details about the track in the lead up to Connects Helsinki.

If you haven’t booked your tickets for Pocket Gamer Connects Helsinki yet, why not? Get your tickets now and save up to $350 with our Early Bird prices. Hurry though, as this special offer ends tomorrow. Book now!

How to get into Pocket Gamer Connects Helsinki - free!