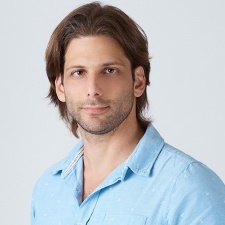 Features include the ability to manage individual ad real-estate within an app, to call a single demand source multiple times in the same waterfall at different price points, and the option to manage the waterfall manually or enable all demand sources to be automatically optimised and re-prioritised. There’s also built-in unified auction providing access to over 180 DSPs.

In a statement to PocketGamer.biz, Fyber president Offer Yehudai said the company was in active discussions with all major ad networks about gradually migrating from the waterfall to bidding.

Fyber claims that an A/B test with developer Melsoft saw its game Toy Defense 2 see a 30 per cent increase in average revenue per daily user.

Fyber is one of a number of companies offering a platform that shifts away from the waterfall model of advertising to header bidding.

Yehudai said the move means that when all buyers compete simultaneously for impressions, the publisher is able to sell inventory to parties willing to pay most for it. Buyers meanwhile then get a better chance of acquiring the users they value most.

He added a shift to programmatic advertising also helps to reduce overhead while still enabling developers and publishers direct relationships with their mediated network partners.

“The market should expect to see publishers migrate over to the programmatic - away from the waterfall - and once the sell-side decides to embrace programmatic, they will look for the partners that can meet their needs,” said Yehudai.

“I anticipate publishers saying that if buyers wish to continue buying their inventory they’ll need to do so programmatically.”

Fyber experiences best ever Q4 as it grosses $108.2 million