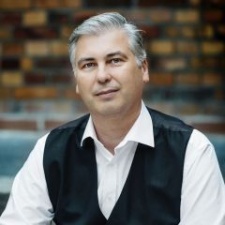 Narrative-driven games is a hot trend in mobile gaming, and Gamebook chief business development officer Nico Nowarra has a few tips from the team's own experience in the interactive fiction space.

Speaking at Devcom 2019, Nowarra discussed the company’s experience working with Lab Cave Games and on soft-launched narrative-driven title My Love: Make Your Choice.

He said that users in the game currently have an average daily playtime of 30 to 40 minutes, which gets them through approximately two chapters a day over four to six sessions, each lasting six to seven minutes.

Each of the ‘books’ on its interactive fiction platform has between 10 and 12 chapters. The cost of developing a chapter can be anywhere between $3,000 to $6,000. Nowarra said that means that players can burn through two-thirds of the content in a book in just one week.

Nowarra went on to offer a few design basics that the Gamebook team is using for its title.

The target audience it targets is girls and women between 14 and 24, though people older than this demographic may still play the game.

Nowarra said it’s important to make sure a story has decisions with consequences, fun and relatable characters to become friends with, and character customisation for a personalised story experience.

Nowarra said Gamebook makes money by using ‘hedonistic’ key decisions, and utilises romantically charged story paths and exclusive clothing to drive monetisation. Some choices in the game are premium, paid-for decisions which the developer prices between one to four euros.

One of the tweaks the studio has made to this key feature is to limit the number of options to two when there is a premium decision available. Previously it had used three, but by removing an option and putting the premium one at the top, the pick rate went up 30 to 50 per cent.

When asked during a Q&A about how much players could expect to spend on a book if they bought all the monetisation options, Nowarra said users could spend between 30 to 40 euros per book.

Nowarra noted that interactive fiction cannot be balanced with only mathematics and game design however - very good writers are crucial. In a story-driven game, the story is the game mechanic, he explained.

“This format cannot be balanced with only mathematics and game design - very good writers are the key,” he said.

At the same time, said Nowarra, the team needs its writers to understand key performance indicators and use this data to improve what they are doing and employ those learnings in future books.

When planning ahead for stories, Gamebook looks toward the next half a year, with an eye on new TV shows and movies set to come out so it can understand new trends and keep its game up to date.

Swag Masha on why it sold to My.Games and how it's carving out a space in the interactive fiction market