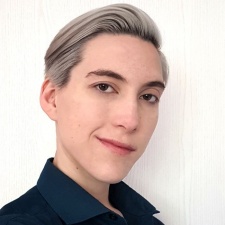 Speaking at Devcom 2019, Tamer said people often think that writing revolves around plot, text and dialogue experiences. In that sense, she said some might wonder why a casual games developer like King needs a narrative designer for games like Candy Crush Saga.

Explaining the role, Tamer explained that narrative design is about more than writing, and people in this role need to collaborate with all the various crafts in game development.

Summing up the role, she said narrative design is about writing, plus game design, plus creative direction.

Tamer later discussed mobile user habits and how they differ from PC and console. Mobile users may play games while they commute, when they have a break at work, and during the evenings.

Attention spans will be short and developers are also competing against for attention with other app categories including social networking, messaging, streaming, music, news and weather.

Mobile games also compete for attention with other activities. According to Tamer, 56 per cent of users watching TV use their phone.

Tamer said teams need to stop thinking cinematically like a triple-A game. Instead, game narrative is more about the specific requirements of the mobile environment.