Debut title Atlas Empires due for a Q1 2020 global release 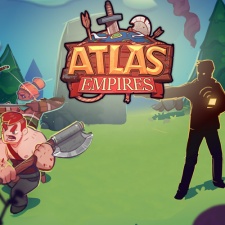 The funding round was led by Mobilityware, Reddit CEO Steve Huffman and TikTok CBO Blake Chandlee.

The studio’s first game will be Atlas Empires, a location-based building game which the company aims to develop in collaboration with fans.

The title tasks users with building and improving their environment, and attacking and defending against enemies while collecting armies around town.

Atlas Empires is due for global release in Q1 2020. The game is currently in soft launch and is available in numerous countries including Australia, New Zealand, Canada, Iceland and Sweden.

"We believe our marketing-driven approach to game design is a new way forward for mobile game development that has double fold benefits - players get features which are important to them, and studios are able to mitigate financial losses," said co-founder Sami Khan.

"Premiere mobile titles require a great deal of capital, and with the funds raised thus far, we hope to not only pioneer a method that greatly reduces the risk involved, but also reshapes the mobile game development industry as a whole. We expect 'Atlas Empires' will be our proof of concept."

Unlike other location-based AR games, Atlas Empires does not use a large entertainment licence. Previous big entries into the genre include Niantic's Pokemon Go, Niantic and Warner Bros' Harry Potter: Wizards Unite, Next Games' The Walking Dead: Our World and Ludia's Jurassic World Alive.

Tencent's Let's Hunt Monsters is one location-based title that does not utilise a large IP. Sensor Tower estimates that the China-only release has bagged $50 million in player spending on iOS, a figure that does not include sales from third-party Android stores.