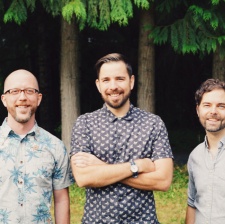 Moss developer Polyarc has raised $9 million in a Series B funding round to work on augmented reality titles.

"We are excited to be partnering with Polyarc to push Mixed Reality to the next level. They are a super-smart, passionate team who combine creative brilliance with business vision. Hiro invests in strong character-led IP on next-generation cross-platform tech: we believe that Polyarc will be a leader in the next generation of Immersive entertainment." said Hiro managing partner Luke Alvarez.

With its new investment, Polyarc will add AR to its core studio business, giving the company a second focus next to VR.

"The thing we want people to remember about Polyarc in 40 years is our characters. Our means to make our characters the most memorable is to build a company oriented around introducing them directly to our players in person," said Tam Armstrong, CEO and co-founder, Polyarc.

"VR, AR, and the spectrum in between, offer an opportunity to connect our players with our characters through physical interaction and emotional feedback in a way that no other medium can match. This round of funding was essential for us to expand our development focus to further embrace VR and AR games."

Upon being founded in 2016, the firm raised $3.5 million for the development of its flagship title, Moss.