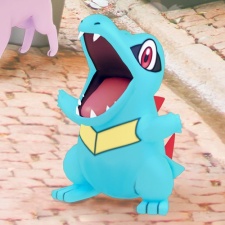 Pokemon Go developer Niantic has closed its biggest funding round yet after raising $245 million.

Niantic aims to invest the money in tech such as machine learning and its Niantic Real World Platform which powers its titles, as well as game development. To that end the company is planning a recruitment drive.

The investment values the studio at nearly $4 billion. It was previously reported this round was worth $190 million following an SEC filing.

Niantic’s last funding round in late 2017 came in at $200 million. To date the company has raised around $475 million in total.

“Our situation is fairly unique in that we’re quite profitable already and have a healthy accumulation of cash on hand that’s growing,” a Niantic spokesperson told PocketGamer.biz.

“That said, we conducted this round to maintain our lead in AR experiences by investing in advanced AR capabilities, machine learning, the Niantic Real World Platform and continuing to broaden our game offerings.”

The spokesperson added that M&A activity is a possibility with the new funds. Over the last year Niantic has acquired the likes of Seismic Games and Matrix Mill.

“We’ve been very opportunistic about our acquisitions to date, and if opportunities arise, we’ll continue to make acquisitions that make sense for the company,” they stated.

Niantic has been nominated for three accolades at the Pocket Gamer Mobile Games Awards in association with Game Insight, which takes place on January 22nd. Tickets available here.