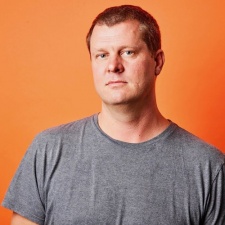 Voice-based games developer and platform Drivetime has raised $11 million in Series A funding to help expand its library of mobile audio experiences designed for users who are driving.

The investment round was led by VC firm Makers Fund, with the Google Assistant Investments Program and Amazon’s Alexa Fund also taking part.

Previously, Drivetime received $4 million to fund new experiences for car drivers in November 2018. Several investors from the original round of funding again contributed, such as Access Ventures, Fuel Capital and Webb Investment Network.

The latest hands-free experience to arrive on the platform is Jeopardy, with long-time host Alex Trebek’s voice being used for the game. This is the first licensed property Drivetime has secured after making a deal with Sony Pictures Television.

This is the eighth channel to appear on the Drivetime app. These projects are designed to keep drivers alert and focused on the road through the use of non-distracting audio.

"Niko, Justin Cooper and Cory Johnson, with a decade-long history of working together and a proven track record in building new platforms, is the best team to bring this idea to life."

Many game experiences have been making their way to automobiles as of late, with Tesla most recently bringing Cuphead to Tesla vehicles.