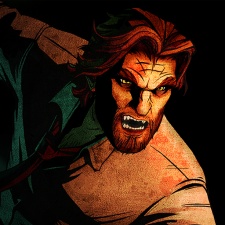 LCG Entertainment, operating as narrative-led games studio Telltale Games, has confirmed that a sequel to The Wolf Among Us is back in development.

The Wolf Among Us 2's revival was revealed by a new trailer at The Game Awards 2019. Development will be handled by Telltale and new developer AdHoc Studio, according to Telltale's website. AdHoc Studio was created by former employees of Telltale, with the intention of continuing to work on narrative-driven games.

Telltale Games was shuttered back in September 2018, with 225 jobs impacted immediately while a small crew of 25 stayed on to finish development on The Walking Dead. The brand was resurrected in August 2019.

“The Wolf Among Us is one of the most beloved titles in the Telltale catalogue, so we are thrilled to announce that development on Wolf 2 has again started and assure all of the series' fans that it is in good hands," said LCG Entertainment and Telltale CEO Jamie Ottilie.

"Partnering with AdHoc Studio enables us to work with many of the key creative and development talent from the original Wolf series while strategically growing the new Telltale,"

"When the opportunity came up, it was an easy decision from us," said AdHoc Studio COO Pierre Shorette.

"Developing The Wolf Among Us was my first project at Telltale and the start of a creative partnership with Nick and Dennis, so obviously we’re excited to further explore the Fables universe."

The Wolf Among Us 2 was originally announced in July 2017, but was ultimately cancelled when the studio shuttered. Voice actress Melissa Hutchinson broke the news that the game might never see the light of day in September 2018.