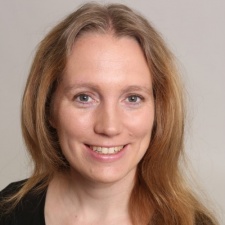 Elina Arponen, CEO and co-founder of Quicksave, gave a talk at Pocket Gamer Connects London 2020 on "the good, the bad, and the future" of instant gaming, particularly on Facebook's Instant Games platform.

In terms of retention, Arponen stated that user acquisition is "easier and cheaper" than on the App Store, but that day one retention proved harder. That said, making use of Facebook's own touchpoints - sidebars, leaderboards, bot messages and so on - have been found to improve retention.

Shareability is also important to the platform, so long as the content is worth sharing. People use social platforms because they want to share, noted Arponen, so if the content you make is inherently shareable, users are going to want to show it to their friends.

Game bots are also useful for developers, as users have to opt-in to them, but when they do, the bots can be useful for re-engaging users and ensuring retention through directly advertising the game to players.

On the topic of download sizes, Arponen said that games should only take five seconds or less to download, though the game can continue to download as users are playing if that isn't enough time to get the full game ready.

As for "the bad" of the platform, Arponen bemoaned the lack of market data beyond GameSkyfall, which only tracks MAUs of Facebook Instant Games, as this makes it harder to see which games are actually doing the best in terms of revenue.