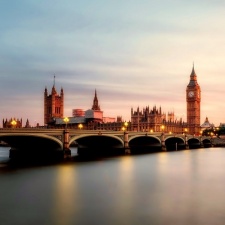 A new report from the BFI and Ukie, the trade body for the UK games and interactive entertainment industry, has revealed stats surrounding the industry by collating date from 2,100 games businesses. All data in the report relates to the fiscal year 2016, as this was the most recent complete annual dataset available

When including the indirect or induced impact on the economy as a result of video game firms, the amount of GVA rises to £2.47 billion ($3.21 billion).

London unsurprisingly is a massive generator for the UK, contributing £1.4 billion ($1.82 billion) to the UK economy alongside keeping 5,100 people in permanent work.

While 55 per cent of game development studios are based outside of London, a staggering 91 per cent of publishing positions are found in London or the South East.

Furthermore, 23 town and cities in the UK are home to over 20 local game businesses, with that number no doubt increasing since 2016.

Venturing outside of London shows that the North West, East of England, West Midlands and Scotland recruits over 1000 full-time employees in development studio roles. Scotland itself features three major hubs that accumulated £131 million ($170.6 million) in GVA.

The vast majority of UK game companies are officially considered SMEs (small to medium enterprises) at 99.5 per cent. This means that each employs less than 250 people, equating to a collective contribution of £1.6 billion ($2.08 billion) in GVA.

On the other hand, the largest firms hire more than 250 people, contributing £840 million ($1.09 billion) in GVA and accounting for 4,200 people or 26 per cent of the industry's workforce

"Towns and cities of all sizes share in the high productivity jobs, commercial growth and cultural contribution that our sector offers. While UK games businesses are successful on the global stage, the direct benefits of their pioneering creative work are felt across the country."

Previous to this, The BGI Charity and the National Videogame Museum became official members of Ukie.