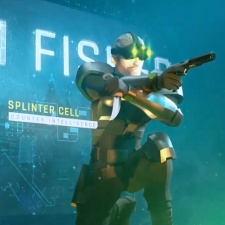 Ubisoft has soft-launched Tom Clancy's Elite Squad on Android in the Philippines.

Originally unveiled at Ubisoft's E3 conference in July 2019, the mobile title is a five-versus-five squad battler featuring characters from Splinter Cell, Rainbow Six, The Division and the Ghost Recon series.

Players can collect and upgrade popular figures, such as Sam Fisher, Nomad, Caveira, Megan, El Sueno, Walker, and more. A campaign will be available on release, alongside a PvP and guild versus guild mode too,

Ubisoft's Paris-based free-to-play specialist Owlient is overseeing the development of the project. The studio's latest game was Horse Adventure: Tale of Etria.

Tom Clancy's Elite Squad is scheduled to launch sometime in 2020 on both iOS and Android devices.

PocketGamer.biz has reached out to Ubisoft for more details concerning the soft launch.

Among the ongoing coronavirus pandemic, Ubisoft CEO Yves Guillemot recently wrote a supportive letter to staff both locally and globally.