40 episodes have been ordered 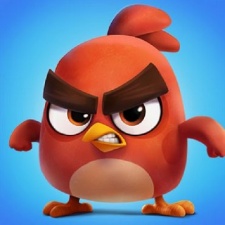 An Angry Birds TV series will come to Netflix next year.

As reported by The Hollywood Reporter, 40 episodes that are 11 minutes long have been ordered. The new show is called Angry Birds: Summer Madness.

"Angry Birds have been a true phenomenon for kids around the world, and we're excited to bring them home to the nest at Netflix where they will be angrier and bird-ier than ever," said Netflix director of original animated series Curtis Lelash.

Besides an assortment of games, there have been two movies based on Rovio's ever-popular franchise. As of August 2019, the sequel movie is the highest-rated video game movie ever.

"After more than a decade in hit games, blockbuster movies and licensed products, this is the Angry Birds' first foray into a long-form series. We're delighted to continue our partnership with Cake and can't wait to unveil the world of Angry Birds: Summer Madness to viewers on Netflix."

We caught up with Heijari last December to discuss the unexpected decade long success Angry Birds has had.