Follows circulation of rumours of Netflix and Spotify hacks 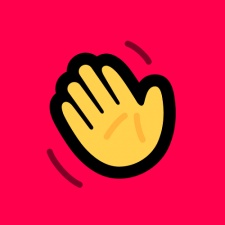 Epic Games is offering a $1 million bounty for anyone that can provide evidence that its Houseparty app has been hit by a "smear campaign".

As reported by the BBC, Epic (who own the video chat and game app) took to Twitter to defend Houseparty, following a circulation of rumours that stated the app allowed user's Netflix's and Spotify accounts to be hacked.

A number of players posted to social media claiming that their accounts had been locked out, with some pointing to their bank details being stolen.

Epic has refuted all claims believing that there is no evidence that supports this, and has now put up a reward for anyone that can find purposeful sabotage against the Houseparty.

"We've found no evidence to suggest a link between Houseparty and the compromises of other unrelated accounts," said an Epic Games spokesperson.

"As a general rule, we suggest all users choose strong passwords when creating online accounts on any platform."

Since the coronavirus began, Houseparty has seen a rise in downloads from 130,000 a week in mid-February to over two million in mid-March, according to Apptopia.

PocketGamer.biz has reached out to Epic Games for further comment.

We are investigating indications that the recent hacking rumors were spread by a paid commercial smear campaign to harm Houseparty. We are offering a $1,000,000 bounty for the first individual to provide proof of such a campaign to bounty@houseparty.com.

Epic recently cancelled its annual Unreal Fest Europe event due to the coronavirus.