In-game changes made to its AR titles 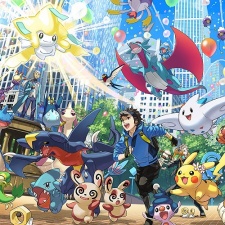 Niantic has made changes to its library of games to make them easier to play at home.

As announced on its website, the American developer has made a number of important adjustments to games such as Pokemon Go and Harry Potter: Wizards Unite.

"We have always believed that our games can include elements of indoor play that complement the outdoor, exercise and explore DNA of what we build," said Niantic.

"Now is the time for us to prioritize this work, with the key challenge of making playing indoors as exciting and innovative as our outdoor gameplay."

To continue its encouragement of exercise, Niantic will improve Adventure to better register with indoor movements such as running on a treadmill or household chores. Socially, the developer is looking at more in-game options, and soon, Pokemon Go players can team up for Raid Battles at home.

In terms of exploration and live-events, Niantic is developing new ways of making them accessible at home.

Furthermore, each of Niantic's titles has got a specific improvement for indoor play. On Pokemon Go, Go Battle League was added – a feature that can be played at home – and the walking requirements for the mode have been reduced to zero. Storage has been increased to send and receive gifts.

Pokemon Go has seen a spike in revenue due to the coronavirus outbreak.

On Wizards Unite, the amount of items near players on the map has increased – making it easier to progress the game at home. Adjustments to potions mean ingredients will spawn indoors. Furthermore, like Pokemon Go, storage has been increased.

Finally, Ingress Portals sees an increase in the number of portal hacks and less of a need to interact with multiple portals.