Beta launched on iOS in Malaysia 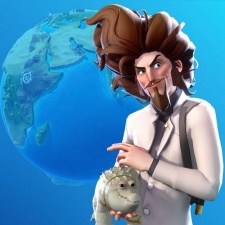 Epic Games has unveiled details of its collaboration with J.J. Abrams' Bad Robot Games on its upcoming mobile game Spyjinx.

Described as having action-strategy gameplay as well as RPG character development, Spyjinx is a head-to-head multiplayer set in a world of espionage. Heists and gadgets will also play a major part.

The venture was originally scheduled to launch in 2016 but went dark before being revealed as a spin-off in partnership with Chinese giant Tencent (who own a stake in Epic), and the subsequent launch of the Bad Robot's games division.

"Welcome to the Jinx League, where only the greatest Masterminds compete head-to-head to prove their worth," reads the blog post.

"Do you have what it takes to move up in the League... or will your story end in the belly of a shark?"

Spyjinx has launched a closed beta test on iOS in Malaysia and is expected to arrive in Australia "soon".

No official release date has been given at the time of writing.

In the lead-up to PGC Digital, we spoke to Epic Games lead evangelist Alan Noon on why the next generation of games is an exciting opportunity for everyone.