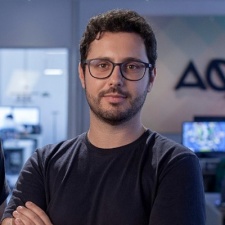 This agreement signals the increasing prominance of the Brazillian games industry – it is now the largest market by games revenues in LATAM, with the mobile gaming market accounts for nearly half the revenue, and is the fastest growing sector in the region.

Following the agreement, Hector Sanchez, head of third-party publishing at Epic Games, will join the board of directors at AQUIRIS.

Sandro Manfredini, business director of AQUIRIS, stated: "LATAM studios have been producing really great games. Epic Games’ investment in AQUIRIS is a milestone that we expect to bring more opportunities and visibility to what's coming out from our region."

Mauricio Longoni, CEO of AQUIRIS, added: “Epic's publishing power and close collaboration with us on tech, business intelligence, and product development will help us boost the quality and the reach of our titles."

Epic's Sanchez also stated: “AQUIRIS not only have a keen eye for quality game experiences, but have demonstrated great artistic and technical capabilities with their utilisation of Unreal Engine in their products. We’re honoured to have this opportunity to strengthen our relationship with one of the premiere studios in the growing and important Latin American development scene.”

Brazillian entities have been drawing a lot of attention, including from Netflix Games, which recently partnered with Relic Hunter Rebels developer Rogue Snail in March 2022.