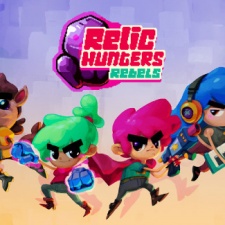 Founded in 2014, Rogue Snail is a fully-remote studio and has previously launched one other title on mobile, Star Vikings Forever.

Relic Hunters Rebels will be the studio’s second mobile title, and the first game in its Relic Hunters series to come to mobile devices.

Rogue Snail has received backing from indie developer accelerator Global Top Round (GTR), and is the first studio from the GTR programme to partner with Netflix.

Earlier this week, Netflix added two more games to its roster, This Is a True Story and Shatter Remastered, bringing the total number of games available to 16, with a third on the way later this month.

The streaming service has continued its approach into the mobile games space and has this month acquired two games studios, Next Games and Boss Fight Entertainment, to help them in this effort.